ACT Legalises Cannabis: What Do The Laws Really Allow You To Do?

The ACT have made history by passing laws to legalise cannabis for personal use. But what do these laws actually permit?

The ACT created history yesterday, becoming the first region in Australia to legalise the possession, cultivation and use of cannabis. However the legislation, which was passed by the ACT parliament, clashes with the Commonwealth law that prohibits these activities. As a result, there’s an underlying sense of confusion amongst the mass excitement. Below is a breakdown of what these laws really mean and what they will and won’t allow you to do.

Under the new legislation, individuals in the ACT over the age of 18 will be able to possess 50 grams of cannabis for personal use. In addition, the laws allow you to grow two plants per person or four per household. Given that possession and cultivation are legal, the legislation also permits the use of cannabis, however this can not be in a public space.

Where Things Get Tricky

With possession, use and cultivation now legal, there appears to be a missing link in the legalisation equation. What about acquiring the cannabis to use or the seeds to grow? Well that’s actually still illegal. Purchasing, gifting or even sharing cannabis equates to supply and therefore an offence. Hence, no one will be able to sell or provide the seeds required to start growing a plant. This creates a legal conundrum of sorts, where you will technically have to commit an offence in order to carry out a legally permitted activity.

In addition to “supply”, driving under the influence will still remain illegal in the ACT. Growing hydroponically and on community property will also be illegal in the territory. Individuals opting to possess the legal quantity of cannabis must keep it out of reach of children.

What about Commonwealth Law?

A big part of the confusion with the new legislation arises out of the clashes with Commonwealth laws. The activity that has been legalised in the ACT is currently illegal under Commonwealth legislation. Police in the ACT will still technically have the ability to charge people who breach the commonwealth laws. However, in such instances the ACT Attorney-General will step in to defend the individual. Additionally, there appears to be a defence for cannabis use in the Commonwealth laws, if the activity is excused by state or territory law. It is expected police will apply their discretion to abide by the new territory laws, however a definitive position has yet to be established.

Before you send out the call for a Canberra road trip in your group chat, remember that these new laws aren’t currently active. The legislation will come into effect on 31 January 2020, when the health minister officially signs off.

If you do intend to head down when these new laws kick in, you’ll want to remind yourself that cannabis use and possession is still illegal in every other state. As such you should avoid carrying cannabis in or out of the ACT, as penalties will apply. Should you be caught in a sticky situation or are unsure about the specifics of these laws, the advice of a drug offence lawyer may be of use. 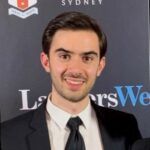 Nasty Gal’s Fashion Bankruptcy: Where did she go wrong?

Exploring brand identity and copyright in the online empire of the #Girlboss.

Exploring intellectual property and the ‘exclusive’ rights behind who really gets to control the music.

Name Blind Resumes; The Way Forward For Your Company?

Name blind resumes are being increasingly used by employers. Read about just one of the many ways you can prevent discrimination or bias in the workplace.