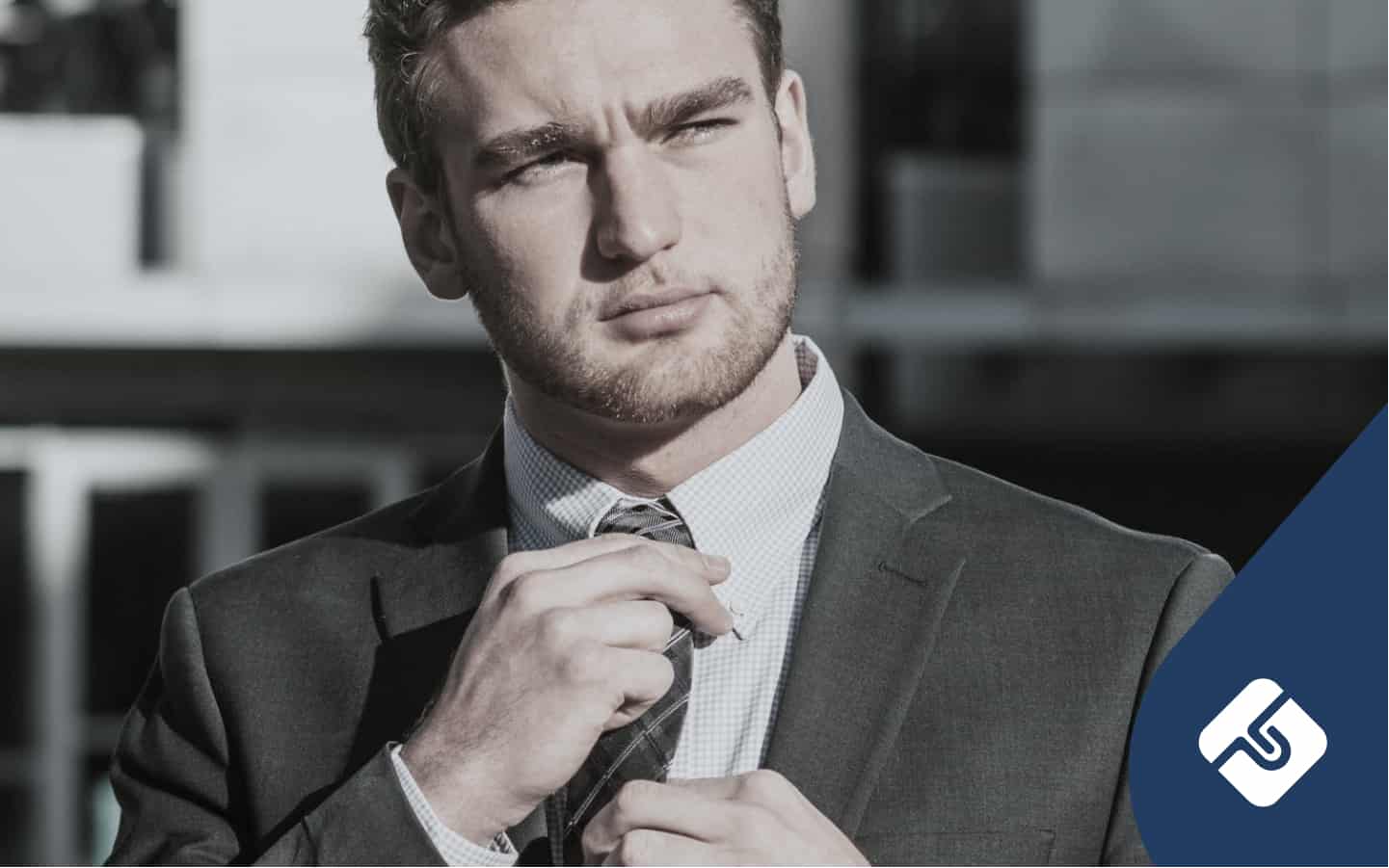 An important new law has emerged for all company directors so it’s time to get your legals in check.

Things are constantly changing and evolving in your business. The same is true for law too. In fact, the law’s ability to change and adapt is arguably one of the most important features of our legal system. One of the recent changes to the law pertains to company directors. This new law, which will come into effect on 1 November 2021, states that all company directors must apply for and hold a valid ‘Director Identification Number’ — otherwise known as a Director ID. Now, this is no new topic. The Australian Federal Government has been discussing the idea of Director Identification Numbers since 2015. However, the idea has become a legal reality now. In this guide, we introduce Director IDs and get you up to speed with this new form of company compliance. This is a long-read as we go through every step in detail so, grab a coffee or bookmark it for later. Read along.
b

What are Director Identification Numbers?

A Director Identification Number or Director ID or DIN as it may be known, is a 15-digit unique identification number that all directors— future and existing, must hold.

This 15-digit identification number is a director’s formally verified ‘identity’.

Furthermore, no two Director IDs are the same, as each director will hold their own unique number. Therefore, it will allow for easier identification of who is a director and who isn’t.

The same is true for Director Identification Numbers. It basically proves that a director is ‘who they say’ they are and are legally authorized to hold their position.

This seems simple enough — but is there a need for it?

The answer is YES.

The purpose of Director Identification Numbers

There are many laws and regulations surrounding company compliance. But, some things seem to fall between the cracks. Director IDs will attempt to remedy two major issues that have previously proven difficult to control:

In the next few paragraphs we explain it in depth.

For example, shareholders who wish to buy shares in a company will usually like to ensure that the company they’re investing in is ‘in safe hands’.

All in all, Director IDs will work to speed up the processes behind discovering and identifying who company directors are, putting the minds of shareholders, creditors and other stakeholders at ease.

There has always been a long-standing issue of illegal activity happening right under a company’s nose. Unfortunately, it doesn’t seem to be slowing down.

In 2012, illegal activity had cost employees, businesses and the government $1.8 to $3.2 billion annually in lost wages, unpaid debts, as well as unpaid taxes and compliances. In 2018, this figure rose to a devastating $2.85 to $5.13 billion annual loss.

These losses keep on creeping up. So, how do we reduce these losses? By putting a stop to illegal activity such as Identification fraud and illegal phoenix activity.

But how does it tie in with Director IDs? Good question.

The implementation of Director Identification Numbers will potentially prevent directors from operating under fake and fraudulent names. It’s a major problem in the corporate world.

You see, it is not uncommon for directors to use their middle names or blatantly false names on company records. This is done in an attempt to prevent them from being legally connected to their companies. Recently, there has been a rise in the use of “dummy directors”, where real identities are stolen and unknowingly portrayed as the company directors in a bid to shield the true director’s identity.

But why would directors want to shield their identities?

Well, directors that operate under false names usually want to escape liability and accountability for their negligent company practices. Their main goals are to potentially avoid a director ban or disqualification from ASIC. After all, it’s hard to ban someone from being a director when they successfully use a fake identity.

So how can Director IDs stop identification fraud?

As Director IDs require such an extensive amount of documentation, they aim to resolve this identity fraud issue once and for all — or at least, minimise it.

Now, Director IDs will largely prevent this illegal phoenix activity from happening as requiring a director to be tracked via an ID will make it much more difficult for directors to simply abandon their companies, transfer the companies assets and abandon their debts. This is because each director’s actions will be connected to their identification number.

This means that it will be easier to identify which company directors involve themselves in wrongful activities. Making the accountability process a whole lot smoother.

What types of Directors must apply for the Identification Number?

Thankfully, the Corporations Act does lend its helping hand in identifying who an ‘eligible officer’ is under section 1272B.

According to the legal definition in section 1272B, an eligible officer is any person who is a:

In plain English, this means that any person who is a director of a company or body corporate is an ‘eligible officer’ who will need to apply for a Director Identification Number.

So, if you’re already a director of a company or you’re planning to register your company and become one, a Director ID or DIN is a legal must.

Now, like with many legal things, the scope of who an ‘eligible officer’ is can change and expand over time. At the moment, only directors and alternate directors will need to apply for Director Identification Numbers.

However, this may change in the future. Debates have already begun regarding whether directors of charities will need to apply for such an identification number.

Create this and 350+ other documents on our platform.

When do Directors need to apply for their DIN?

From April 5th any directors of new companies will be required to apply for a Director ID prior to their appointment.

This means that new directors appointed for the first time between 1st November 2021 and 4 April have 28 days to apply for their director ID.

Let’s go through some more information for new and existing directors:

For all new directors, the following timeframes for obtaining a director ID will apply:

The following timeframes apply to existing directors in order to obtain a director ID:

If eligible directors do not apply for their Director ID by these deadlines, they could face infringement notices and civil or criminal penalties.

How to apply for your Director Identification Number

Each and every director must apply for their DIN themselves as no one can apply on their behalf.

We can help you get started!

Here’s a quick link to the Australian Business Registry Service (ABRS) website. You can find more information on the ABRS website but just remember, applications will be open as of 1 November 2021.

Your first step is to set up or verify your identity using myGovID to a standard or strong identity strength. This first step validly verifies your identity. However, to do so, you will need to provide proof of your identity across a range of ‘Australian identity documents’.

Your Australian identity documents may include your birth certificate, citizenship certificate (if applicable to you), driver’s license, as well as your passport (not more than three years old).

Don’t worry, you may not need each and every one of these identity documents, but it’s best to be prepared.

In the second step, you’ll need to undertake proof of record of ownership. You’ll need to prove your tax file number (TFN) and your residential address held by the ATO.

You’ll also need to answer two questions based on the above-mentioned documents you choose to provide.

After steps 1 and 2, you’re ready to start your application process. From November 2021, you’ll be able to log in to ABRS platform and get your Director ID application underway.

It’s not a lengthy application process. You’ve already done most of the groundwork in steps 1 and 2 so your application on the ABRS platform should take only a few minutes!

Are there penalties for failing to obtain a Director Identification Number?

In short – yes.  Civil or criminal penalties may apply if a director fails to apply for their DIN within their required timeframe.

There is also the consequence of possible imprisonment for up to 12 months.

Additionally, further penalties may be imposed on directors who knowingly apply for multiple Director Identification Numbers, misrepresent their identification numbers to a Government or registered body or provide false information during their application process.

So make sure you apply for your Director ID within your stipulated time frame to stay legally compliant and avoid these severe penalties.

We understand it’s a bit of a time crunch so save the date, put it in your reminders or get in contact with us to see how we can help!

Our law undergoes a bit of development every now and then, this time the law pertaining to director identification has undergone a massive change!

As of November 2021, all directors must apply for a Director Identification Number to verify their identities. The Director ID is a new means of making it easier for key company figures to identify who their directors are, to prevent fraudulent or false director names and to minimise illegal phoenix activity.

All in all, it is a means of keeping all company directors in check by minimising their ability to avoid their debts, liabilities or wrongful actions.

Importantly, holding a Director ID is about to become a legal must. So, don’t waste any time. But don’t stress, we can help you through the process to ensure you don’t miss a step.