A lease is a contractual arrangement between a tenant and a landowner. Find out which type of lease is right for your business here.

A lease is a contractual arrangement between a tenant (lessee) and a landowner (lessor). The purpose of this agreement is to set out the rights and obligations of both parties. Leases primarily state that the owner of the property will allow the use of that property by another entity for a specified time and payment. However, there are differences between types of leases depending on the purpose of your lease, especially between commercial and retail leases.

A commercial lease is an agreement for the leasing of commercial property with a specific business purpose. Typical examples include office areas, warehouses or industrial sites. Commercial leases have negotiable terms and vary from lease to lease. They also provide longer terms to ensure business engagement. Compared to other forms of leases, commercial leases offer less legal protection as the law assumes businesses and business people are more knowledgeable than consumers and lay people.

A retail lease is a type of commercial lease used for retail shop businesses. Unlike explicit commercial leases, retail leases attract additional protection under State-based legislation. To determine whether a lease is a retail lease it is imperative to look to the law. Generally, a lease will be governed by the relevant State Act if the retail premises is in a shopping centre. This means that there must be 5 or more premises predominantly carrying on one or more listed businesses. Although, the Acts’ also provide exceptions as to what will be considered a retail lease. In NSW, the Retail Leasing Act 1994 will not apply to:

Download our eBook on Hiring Your First Employee for Free

Download this comprehensive guide to learn everything you need in order to make your first hire a successful one.

Even though retail leases are a form of commercial leases, the main point of differentiation is the law that governs their operation. Entering into a retail lease imposes additional obligations on the landlord covered by the Retail Leasing Act 1994, or corresponding State Acts. Conversely, commercial leases are governed by State-specific property and conveyancing laws. This focus on consumer protection of retail leases also feeds into three other differences:

In cases of dispute, in a commercial lease, either party can initiate proceedings without mediation. However, retail leases require mediation before going to the NSW Civil and Administrative Tribunal to resolve the dispute. In a commercial lease, the lessor’s real estate agent is usually responsible for holding onto the security deposit. However, in a retail lease, the NSW Fair Trading office holds all security deposits. In a commercial lease, a lessee can transfer the lease to a third party as specified in the lease agreement. However, in a retail lease, the Retail Leasing Act 1994 governs third-party transfer. Overall, the primary difference is that commercial leases require the lessee to negotiate a lease that will not be onerous or unjust due to the lack of legislative protection. For a more in-depth analysis of these differences, consult a LawPath lease lawyer. 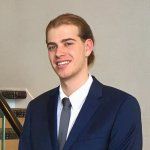 How Do Unsecured Personal Loans Work?

Thinking about getting an unsecured personal loan to finance something you want or need? Read on for some important things you should be considering.

What Are Franking Credits?

Franking credits represent a credit system that prevents the double taxation of company dividends. They are also called imputation credits in Australia.

Franchisors: What Help Can They Provide Your Business?

Thinking of becoming a franchisee? Here's the assistance you can expect to receive.