The Most Common Reasons for Terminating a Franchise Agreement

Have you ever wondered why your franchise agreement has ended? Read our guide to know the top reasons.

The concept of franchising has become a popular method of business trading. The ability of a business to assign independent people their goods and services for trade has subsequently brought contractual issues between the parties. In particular, termination of a franchise agreement has been frequently disputed. This article will detail what the most common reasons for terminating a franchise agreement.

What is a Franchise Agreement?

A franchise agreement is a legally enforceable contract between the franchisor and the franchisee. Each agreement contains clauses which details when, how and who can terminate the agreement.

In brief, a franchise agreement can end in two different ways:

Expiry of the term with non-renewal is a straightforward concept. That is, the agreed term for the business relationship has ended and does not continue. However, termination before the agreed date often occurs due to a number of reasons.

Here are three most common reasons for terminating a franchise agreement before the agreed date:

The cooling off period occurs when a franchisee terminates an agreement within 7 days after entering into the agreement or making any payments. This period is valid under the Competition and Consumer (Industry Codes – Franchising) Regulation 2014 (Cth). However, this option can only be exercised for entirely new franchise agreements. Therefore, termination of franchise agreements will not be possible if they have been renewed or transferred.

Termination through Terms and Conditions in the Franchise Agreement

Therefore, it is recommended that you consult a lawyer to clarify your rights and responsibilities.

Breach in Terms and Conditions of a Franchise Agreement

In conclusion, the termination of a franchise agreement is subject to a number of different factors. It is important that you are able to distinguish where your rights and obligations lie. Thus, it is recommended that a Heads of Agreement document will be beneficial in avoiding legal liability. 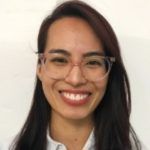 Cecilia is a final year law student completing her Practical Legal Training at Lawpath. She has an avid interest in intellectual property.

When Can Business Documents Be Released Under The Freedom Of Information Act?

Did you know that government departments can release your business information to third parties pursuant to an FOI request? Find out what information is exempt from disclosure and what you can do to prevent it.

What is Rent Abatement?

When looking to lease a commercial property, you may come across a lease incentive known as 'Rent Abatement'. Read about it in this article.

How to Start a Cleaning Business

Looking to start with a clean slate? Why not start up a cleaning business!