What are the Differences Between Magistrates and Judges?

While they are both representative of the Crown, Judges and Magistrates considerably differ from one another. Learn about the differences here.

Judges and Magistrates are responsible for deciding cases by interpreting and applying the law. Even though their jurisdictional functions may seem alike, judges and magistrates considerably differ from one another. Magistrates often have a narrow scope of authority and they hear short and less complex matters. Judges, on the other hand, have great authority over matters and generally hear larger, more complex cases. Therefore, while they are both official representatives of the Crown, their roles significantly differ. In this article, we will discuss the different factors that make judges and magistrates distinct members of the judiciary.

A judge is a public official with authority to hear cases in a court of law and pronounce judgement. Judges often sit in the District Court and may have to preside over jury trials. When presiding over jury trials, a judge will have to explain complex legal matters to the jury in simple terms. They will also help them understand what they need to consider when assessing whether a person is guilty or innocent of a crime. Moreover, judges decide the penalty that applies to people who plead guilty or are found guilty of criminal offences. Their judgement will often preside over appeals from the lower courts.

Magistrates sit in the Local Court and are often responsible for presiding over a large number of cases on any single day. They may also hear applications for adjournment, decide penalties where a person pleads guilty or decide whether a person is guilty if they choose to challenge the case.

What are the Requirements for Becoming a Magistrate or a Judge?

Being a judge or a magistrate requires a solid understanding of the law and the capacity to reason and apply sound judgement when it comes to legal issues. Moreover, you will need to have extensive legal experience and a high level of proficiency in the law and its underlying principles. Additionally, you must have strong oral, interpersonal and written communication skills.

Furthermore, there are number of personal qualities that are taken into consideration. To become a judge or a magistrate, you would need to exhibit good character, integrity, impartiality and social awareness.

How are Judges and Magistrates Appointed?

While the terms judges and magistrates are used interchangeably, there is actually a vast difference between the two. It is always a good idea to consult with a lawyer to get advice on how a magistrate or a judge may handle a particular matter. 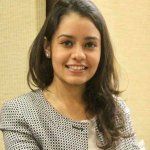 Anupa is a Legal Intern at Lawpath, and is currently in her final year of studying Bachelor of Laws at Macquarie University.

When selecting a company name, it is necessary that it not only properly reflects your corporate dealings, but also does not include any restricted terms.

Thinking about establishing a trust? Find out in this article which parties need to sign and witness the Trust Deed.

Learn about all the legal documents you need to create and launch your website.