Have you seen the phrase ‘associated entity’ used in business dealings? Read this article to learn about what it means in different contexts.

What is an Entity?

The definition of an entity is in section 9 of the Corporations Act 2001 (Cth). It states that an entity can be a company, partnership, organisation or an individual. In addition, a trust with one trustee or the trustees, where a trust has multiple trustees, are also entities.

Definition of an Associated Entity

If it is unclear whether your entity qualifies under the Corporations Act definition it is best to seek professional legal advice.

Nestle is a multinational food and beverage company. One of the businesses or brands it owns and operates is Nespresso. Given the high involvement of Nestle in Nespresso and interlinked nature of the two business, it is highly likely that Nespresso is an associated entity of Nestle.

The Fair Work Act 2009 (Cth) also uses the term associated entity. However, section 12 indicates that the term’s definition comes from section 50AAA of the Corporations Act. Therefore, uses of the term under the Fair Work Act follows the above discussed definition.

In summary, an associated entity is an entity that is in some way related to another entity. The kinds of relationships that qualify under this definition are outlined in section 50AAA of the Corporations Act. Finally, your circumstances may or may not fit under this definition. Above all, if you are unsure you should seek the assistance of a company lawyer. 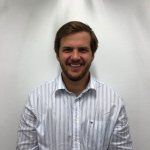 Alex is a Legal Tech Intern at Lawpath as part of the Content Team. He is in his fourth year of a Bachelor of Laws with the degree of Commerce (Majors in Entrepreneurship and Accounting) at Macquarie University. He is interested in Corporate and Commercial law.

3 Tips for Incorporating CSR in Your Business

Customers are increasingly looking at how a company practices corporate social responsibility. Read about how you can implement CSR into your business here.

What Legal Documents Do I Need to Create an App?

Creating or launching an app? Protect your future success with the right legal documents.

Can I Charge Customers Interest on Unpaid Invoices?