What Is An Avoidance Order?

Have you entered a contract and realised something was not quite right? You may be able to obtain an avoidance order and end the contract.

Have you entered into a contract and realised there may have been some unfair or unconscionable conduct occurring? Do you want to avoid a contract because you believe you’ve been mislead or unduly influenced? This can be stressful to experience. However, do not fear, you do have options. You can apply for an avoidance order and in effect, avoid the contract.

‘Avoidance’ is to avoid something and an ‘order’ simply refers to a court order. In general, when we are speaking about avoidance orders, we are speaking about contracts and agreements. Thus, an avoidance order is an order to lawfully cancel or exit a validly formed contract. Generally, you cannot avoid a contract simply because you don’t want to live up to its terms anymore. There must be a valid reason. These valid reasons are also called “vitiating factors”. These vitiating factors include:

This is one of the most popular reasons someone may want to apply for an avoidance order. Importantly, the misrepresentation must have occurred before entering the contract. In other words, it must be a pre-contractual misrepresentation. If your contract covers commercial activity, it is likely you will want to avoid the contract under section 18 of the Competition and Consumer Act 2010 (Cth). Section 18 states that “a person must not, in trade or commerce, engage in conduct that is misleading or deceptive or is likely to mislead or deceive“.

Mistake sounds simple, but it is possibly one of the most complex reasons to avoid a contract. This is because not all mistakes will allow you to avoid your contract. The following types of mistakes may give rise to an avoidance order:

It is important to note that the mistake must be significant and strike to the fundamental elements of the contract.

Customise and download your first document with us for free.

However, just because there is some undue influence, does not mean that the court will grant an avoidance order. The influence must be ‘undue’ or inappropriate.

If some party acts in an illegal way, the contract may be avoided. Illegality includes criminal acts. It can also include any act that is prohibited by legislation. For example, a contract to pay A $2 million to kill B is clearly an illegal contract. However, there are situations where the illegal conduct is harder to spot. This usually occurs where completely valid and legal contracts are performed illegally. For instance, B builds a house for A, yet B does not stick to the legal rules, regulations of compliance guidelines while conducting the build.

There are many ways the courts may grant an avoidance order and therefore immediately end a contract. Once the contract has been avoided, you are under no legal obligation to perform the contract. Avoidance can be obtained in a variety of ways, usually referred to as ‘vitiating factors’. These vitiating factors include conduct that is misleading and deceptive, mistakes, duress, undue influence, unconscionable conduct and illegality. If you feel you have entered a contract under one of these vitiating factors, our solicitors are here to help. 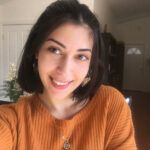 What’s the Difference Between Salary and Wages?

Salary and Wages are often used interchangeably by employees and employers alike. These methods of payment, however, are actually quiet different and have their own advantages and disadvantages. Read this article to find out more.

The Revival of Bitcoin: An Explainer

The recent revival of bitcoin has drawn a lot of curiosity. Find out what bitcoin is and why it's soared again in this article.

What Information Do You Need to Make a Will? (2021 Update)

Having a valid Will is important if you want your wishes to be known after death. Find out what you need to make a Will here.