Although the precise definition of a recession is ambiguous, it is generally accepted to be where the economy has two consecutive quarters of negative growth. Five key economic indicators identify recessions. These are real gross domestic product (GDP), income, employment, manufacturing, and retail sales. Recessions have wide-reaching effects on all parts of society, and the legal industry isn’t immune. Here, we will point to the ways that recessions affect the legal industry, for both clients and lawyers.

The value of a nation’s economic output is measured by Gross Domestic Product (GDP). For healthy economies, GDP is expected to grow quarter-on-quarter. However, GDP can go the other way, meaning that less is produced and exported overseas. If this happens for two quarters in a row, you’ll likely start hearing the word ‘recession’ thrown around. Although growth for the first quarter of 2020 has been negative, we are yet to see what the next quarter will hold. However, in the wake of a devastating bushfire season and a global pandemic, a recession is starting to look like a real possibility. The Government has since announced a stimulus package to get Australians spending. However, it’s not certain how this will go or if the damage has already been done.

Recessions signal a downturn in economic activity, which means both small and large businesses suffer. Larger businesses may cut back on hiring new staff, whilst small businesses may even struggle to stay afloat. Recessions generally mean that consumers aren’t spending either – so profits inevitably suffer.

The reality is that the legal industry is typically more recession proof than most. There may be a preconception that legal work would become ancillary for most business’s undergoing downturn. However, this isn’t completely accurate. There are certain legal services which will always be needed, despite the state of the economy.

People will always need lawyers. In light of this, some types of lawyers and law firms will fare better in recessions than others. Family and criminal law are two sectors will are unlikely to be heavily affected by a downturn in economic activity. However, the story is different for commercial lawyers.

Some areas of corporate law may dry up, such as high value mergers and acquisitions. Despite this, many corporations will continue to work with the legal industry. Attention will turn to insolvency, bankruptcy, restructuring and litigation work. Because of this, larger firms with more diverse practice areas typically respond better to recessions. Businesses will also likely look for cheaper alternatives that traditional law firm models. This is where firms which can offer fixed-fee arrangements will benefit. Larger firms may however, have to make cuts to staff. This may be in the form of a hiring freeze or making positions redundant. In the event that this happens, administrative and lower-level lawyers would likely feel the brunt first.

The global financial crisis from 2007 to 2009 had significant impacts on the legal industry. This is because there was insufficient work to compensate for the simultaneous downturn in financial, transactional and other high ticket work. Furthermore, strategies used post-GFC such as increasing fee rates, shedding staff and tightening equity partner ranks may not be so effective in the current legal climate. The rise in alternative legal service providers has led to a shift in demand away from traditional law firms towards cheaper substitutes. It is these substitutes which may take more of this work from traditional law firms in the event of another recession. This is because if businesses are tightening their belts during an economic downturn, legal costs will be one of the first sources of expense they’ll seek to minimise.

The big six law firms are not expected to be hit the hardest by a recession. These firms typically have wide practice areas. These firms have also integrated Alternative Legal Providers (ALP’s). However, highly specialised boutique and medium tier firms with a traditional partnership model may struggle. The billable hours, high profit per partner and substantive bonuses are all indicators of a traditional business model which would struggle through economic downturn.

How to prepare for a recession

There are four key ways that law firms can prepare for a recession. Although these measures don’t mean that firms won’t feel the pinch, it will put them in the best position possible to come out on the other side.

This means during an economic downturn a law firm can remain profitable by maintaining practice areas which are in high demand during periods of economic deterioration. For traditional firms, this involves broadening practice areas to accomodate areas such as insolvency or restructuring. Another method of achieving this is to cross train lawyers in various practice areas to handle matters on both ends of an economic cycle. Expanding into personal areas of law such as family, probate and criminal will also help maintain demand.

The growth of legal tech and alternative legal services is indisputable. This means traditional firms need to begin adopting similar capabilities. Another option is for firms to partner with ALP’s to take advantage of the demand for cheaper services during recessions. We have seen many larger firms embrace technology, and this will serve to make them more economically viable when businesses start to curb their spending.

Be ready to downsize

Ensure the firm has adequate capital

Firms that have sufficient capital when entering a recession are able to capitalise on opportunities. This involves expansion through lateral hires and mergers. This is easier during an economic downturn as many companies are in high need of capital investment.

History suggests the legal industry is more resistant to a recession than many others. However, it isn’t free of impacts, with traditional legal firms hit the hardest. The firms with diverse practice areas and tech oriented business models are best prepared to weather the storm. Regardless of their industry position all firms can utilise the methods above to prepare for a recession. For businesses seeking legal services during an economic downturn they should seek fixed fee lawyers to combat the high cost of billable hours. 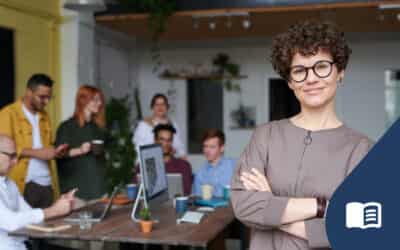 Personal Liabilities Of Company Directors: Everything You Need to Know

How to prevent yourself as a company director from being personally liable: 101 Guide