How to Account for International Assets in Your Will

With globalisation growing perpetually, so too is the need to properly account for international assets within your Will. Here's how you can account for yours.

When drawing up your Will, it is important to account for your international assets properly. Indeed, with more Australian’s being born overseas, mismanagement of these assets is becoming an increasingly common issue. Such mismanagement often leads to unnecessary costs and delays for your estate.

Here’s our guide to avoiding these pitfalls.

Make your wishes known in a matter of minutes.

Don’t include them in a standard Will

Including your foreign assets within the same Will as your domestic assets pose several problems.

Firstly: each country has its own laws regarding the validity and the process of executing a Will. Resultingly, while your Will may be valid within Australia, it may still be invalid in the country where your asset is held.

Likewise, the law treats moveable and immoveable assets very differently. Moveable assets, as the name suggests, refer to assets that can be physically transferred, like money from a bank account. In Australia, the law holds that to access these, your Will only needs to be valid in the country of your date of death.

Immoveable assets, like land, will be subject to the law of the country in which they reside. Hence, your Will would need to be valid in two, or more, countries at once; an unnecessarily difficult task for a lawyer.

Therefore, it is not suggested that you include your international assets in the same will as your domestic assets.

In Australia, each of the States and Territories have their own legislation dictating how to comply with the convention. For example, s 50B of the Succession Act 2006 (NSW) gives effect to the Convention in New South Wales.

Furthermore, there is no clarification of what laws prevail in the event different countries laws conflict. If there is a conflict, it is likely that the estate will need to employ lawyers from both countries to solve any issues, leading to greater costs and extending the process.

Hence, while an international Will is a cost-effective way to account for international assets, it is important to consider how appropriate it is for your situation first.

Concurrent Wills within each country

It is possible to have concurrent wills in multiple countries. This is the easiest solution for distributing international assets.

Doing so will ensure that each Will is valid within its jurisdiction. Furthermore, having a separate executor for each ensures that a level of confidence that your assets will be dealt with appropriately.

However, this is, of course, much more expensive than the other two options. Each individual Will will come at its own cost of hiring a lawyer, as well as establishing an executor, for each.

Likewise, each Will must acknowledge the existence of any other concurrent Wills so that none become inadvertently revoked.

Still, this is currently the strongest way to avoid any unnecessary conflict.

While multiple options exist to account for your international asset it is clear some are stronger than others. Though, as more countries sign the International Will Convention, and the law is properly clarified where it comes to conflicting legislation, an international Will may become the more favourable option.

Until then, forming concurrent Wills is the advisable option. Nonetheless, we recommend contacting a lawyer to discuss what best suits your needs before making any such decisions. 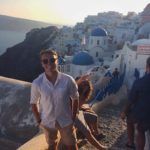 How Does Product Liability Work?

Ever had an unpleasant surprise happen when using a product? If you were harmed or injured, then you may be able to make a claim.

Want to Terminate a Contract? Here’s How You Can Do It

What Is A Deed Of Priority?

It's likely you'll come across an important legal document known as a Deed of Priority at some point. Read more about what they are and how they work here.