Shareholders have a very limited responsibility towards a company. Even when a company becomes insolvent, the shareholder responsibilities remain limited.

In liquidation, a liquidator ‘winds up’ the company. This involves collecting and realising assets, preparing financial reports, and distributing the assets to the creditors. An insolvent company must first satisfy its creditors. The shareholders receive payment after the creditors. The shareholders may also receive other compensation such as dividends. If there are unpaid or partly paid shares, the liquidator can demand that the shareholder pay the due amount. Shareholder’s are also restricted from selling their shares. The liquidator must approve or consent to the sale or transfer to the assets. For a more comprehensive guide on liquidation, visit our guide ‘What Does It Mean When a Company Goes Into Liquidation?‘.

When it appears that a company might be insolvent, directors and shareholders must pass a resolution for the ‘winding up’ of the company. The director must notify ASIC of the decision to ‘wind up’ the company. Further, any decisions about appointing a liquidator or a voluntary administrator must also be notified to ASIC.

Shareholder responsibilities can be contrasted with a director’s responsibilities in an insolvent company. During insolvency, a director must comply with their duties more stringently and with more care. Failure to act properly may result in a suit of wrongful trading by a creditor. This may make the director personally liable for some of the debts. One of the major responsibilities of a director to an insolvent company is to ensure that the company stops trading and recovers its assets for the creditors. It is the director’s responsibility to ensure that the company does not deliver any more goods, pay its employees, or seek finance. 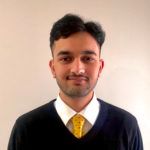 Do I Have to Pay Tax on Distributions From an Irrevocable Trust?

A trust is a relationship where a trustee holds property for the benefit of another. Find out how tax applies to an irrevocable trust here.

What is Predatory Pricing?

Predatory pricing is an illegal pricing strategy in Australia. It is used to acquire new customers and damage competitors. Read our guide to find out more.

Selling Your Business: What About Your Assets and Inventory?

Ever wondered what happens to all the items and equipment when you sell your business? It all comes down to negotiations between you and your buyer.